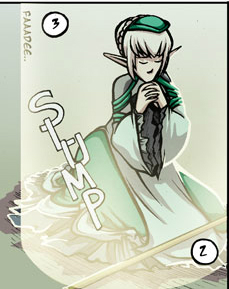 A Cleric has the ability to use the holy arts. Clerics are known to use purely healing or defensive-based skills such as Revive , Heal and Sanctuary. However, Aeiryn has been shown to use offensive skills despite her insistence that as a Cleric, methods of violence should not be enacted by her. The earliest known incidence of this is with her skill Holy Smite in the piggybacking arc with Toasty against a Slime in the swamps.

Some known Cleric skills are:

Clerics are most commonly of the Elven race, and it is unknown if Humans or other races can become Clerics as well.

Retrieved from "https://mysticrevolution.fandom.com/wiki/Cleric?oldid=4426"
Community content is available under CC-BY-SA unless otherwise noted.