Alistairfan34 is a Sentinel class Seraph. He joined Duel Revolution in the hopes that the money he would receive from selling the prize on eBay would help pay for his sister's eye operation. As a Sentinel, Alistairfan34 posses many defensive and support spells (much like a Paladin). This makes for an interesting dynamic in his duel with Toasty, who specced almost entirely into offense. 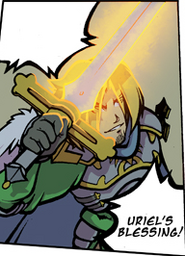 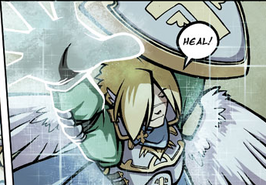 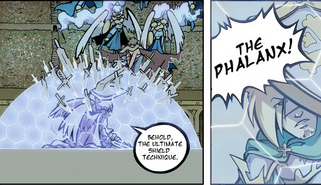 Shield Bash
Add a photo to this gallery
Retrieved from "https://mysticrevolution.fandom.com/wiki/Alistairfan34?oldid=4422"
Community content is available under CC-BY-SA unless otherwise noted.